Thank you for coming to my blog! My name is Přemysl Černý and I work as a software developer in the area of cyber security and artificial intelligence. Since I am passionate about nature, science, stories including those of ancient European gods and mythology, old history and some parts of ancient Greco-Roman pagan philosophy leading to modern concepts of atoms and technology in general, I devised myself the title “Pagan Coder”. I would like to share with you not only the coding topics, but also other thoughts related to nature, science and history. I live in a woodland area named Křivoklátsko in Czech, or the Forest of Crooked Logs, which is very rich both in nature (geodiversity and biodiversity) and history going back to the time of Celts, Bronze Age settlements and first Neolithic farmers. All those people, majority of whom are our common ancestors, would be considered as “pagans” from the modern perspective, with their ideas of natural forces, stories about gods, heroes and magical properties of trees, herbs and other parts of nature as well as their weapons and tools.

I live three kilometers from the castle of Křivoklát. It was built on a sacred rock at the beginning of 12th century, though there was possibly a wooden fortress before. The place was extensively used in the Late Bronze Age.

I hope you will find useful information and tutorials here related to coding in the cyber security and artificial intelligence world, which is going to influence our daily lives more and more. The old stories, philosophy and especially the forests as well as my own small garden, wife and children serve as a huge inspiration for me, so I would like to also share with you personal thoughts and pictures both from my personal and professional life. Software development requires a lot of understanding and thinking, but, in my opinion, it offers a very exciting and rewarding career with the possibility to work anywhere on the planet just using the internet connection and your laptop. When you are deploying your programs or waiting for the result of some data analysis, you can write stories, poems, songs, play with your children, observe nature, go for a walk, listen to singing birds, smell the blossoms of plants and fruit trees in an orchard just at the edge of a forest, just anything that inspires you and brings you joy. What other human endeavor offers you to do so in the modern times? 😉 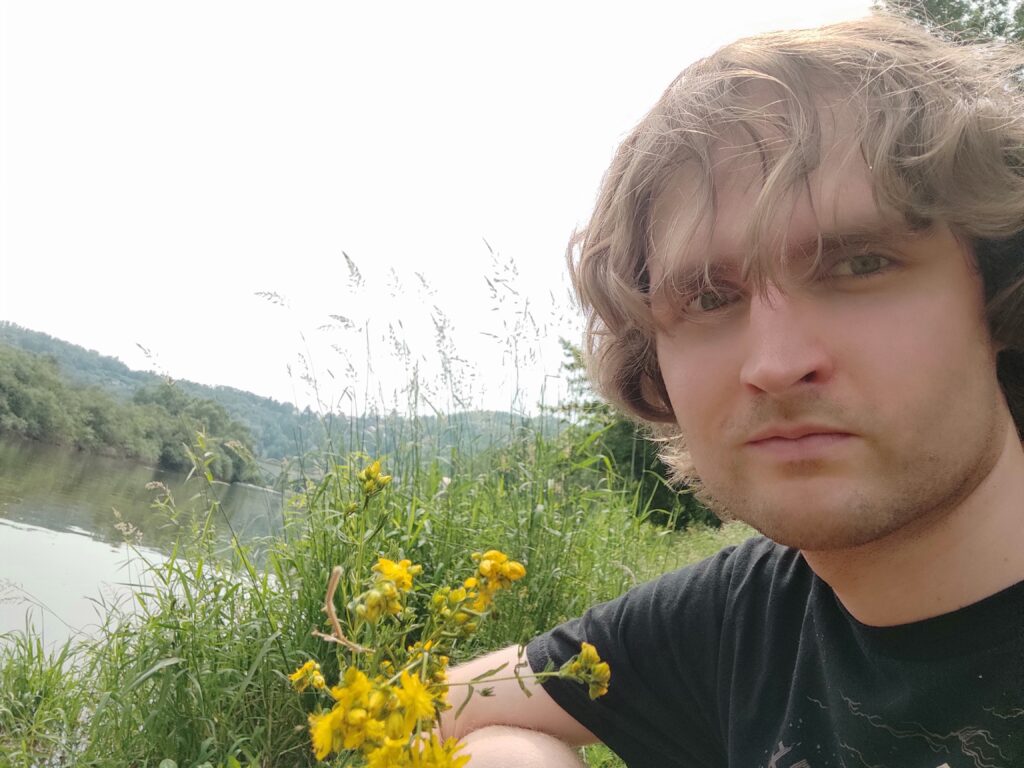 The summer solstice has been celebrated since prehistory. St. John‘s wort is the most famous, soothing herb associated with summer solstice in the Baltoslavic area, as well as rivers and high fires.

Most of my coding is done in C, asynchronous Python and their connection via Cython. Other languages I may use on this blog include LLVM for optimization of the code to assembly-like language, C++, Go, JavaScript (React) and Kotlin (Android). From the open source technologies I will be mentioning Docker, Kafka, ElasticSearch and other technologies that I use in cooperation with TeskaLabs company. Some of the things like parallel programming and memory management I first learned while (successfully) studying for a master degree at Faculty of information technology at Czech technical university in Prague.

I do not want to provide comprehensive articles, but just hints and pieces of code people can immediately use for their work and study, while I also mention their use cases in the cyber security, stream/data analytics and artificial intelligence fields. There are many detailed tutorials on the Internet and discussions on well-known sites, so it would be superfluous to do so here. On the other hand, I will try to mention some interesting correlations among the described topics, that are harder to find via search engines, or that are hidden in quantities of long texts.

Coding overlaps both with nature and story writing. There are many cases where systems or even small applications help scientists better understand the world around us. That is also why I used to work part-time for the Czech society of ornithology, where I helped to develop a mobile application connected to a bird database to see the distribution of individual species, their age and nests in the Czech Republic. The data were then analyzed by ornithologists to see which species needed protection and even how the landscape changes, since birds are a good indicator of the state of the environment (the distribution of agricultural, forest and water birds reflects the decrease or increase of such areas).

Learning new architectural patterns in software development strengthens the imagination, learning of programming and computer languages leads to better understanding of actual human languages, their syntax and semantics. Personally, I am very interested in the family of languages of the people once inhabiting Křivoklátsko, especially Baltoslavic, Celtic and Indo-European in general. During the years of 2017-2019 I was part of the chairman committee of Friends of Lusatia company in Prague, because of my interest in the Sorbian languages. I am also interested in Gaelic languages, especially Irish. My author name is “Přemysl Lúa Černý”, Lúa being the diminutive of Celtic Lugudecos, reflected in Irish “Lughaidh” or continental Galic feminine version “Lucudeca”.[1]Both names, Přemysl and Lughaidh, were used by mythical dukes/kings, Bohemian Premyslid dynasty derives its name from one of them, though it is used by modern historians, not the members of the … Continue reading

Triskelions resemble protons or neutrons with each having three swirling quarks surrounded by gluons. Though the Bronze Age people nor the Celts, unlike ancient Greeks, had no idea of atoms, their art is illustrative especially today. Without the knowledge of atoms there would be no computers in the modern sense.

In the Czech language, I created two websites dedicated to nature, history and folk (as well as my own) tales. One of them is dedicated to the Křivoklátsko region and is called Křivoklátské směsi (The Brews of the Forest of Crooked Logs). I share pictures and thoughts from the region there, especially related to old trees, mycorrhizal networks (cooperation among trees and fungi), plants, soil organisms, gardening, hillforts and so on. While most of the content is written purely in Czech, the introductory article is also available in English: https://www.krivoklatskesmesi.cz/the-brews-of-the-forest-of-crooked-logs/

Another site I created is more general in the focus on the entire Baltoslavic area, however I do not update it anymore, only share interesting archaeological findings. The website is called “Vindové” and based on its stories I wrote a book in Czech named “The Golden Heart: The Story of Land and Ancestors”. You can read about the page and the book in an English summary: https://www.vindove.cz/shrnuti-summary/