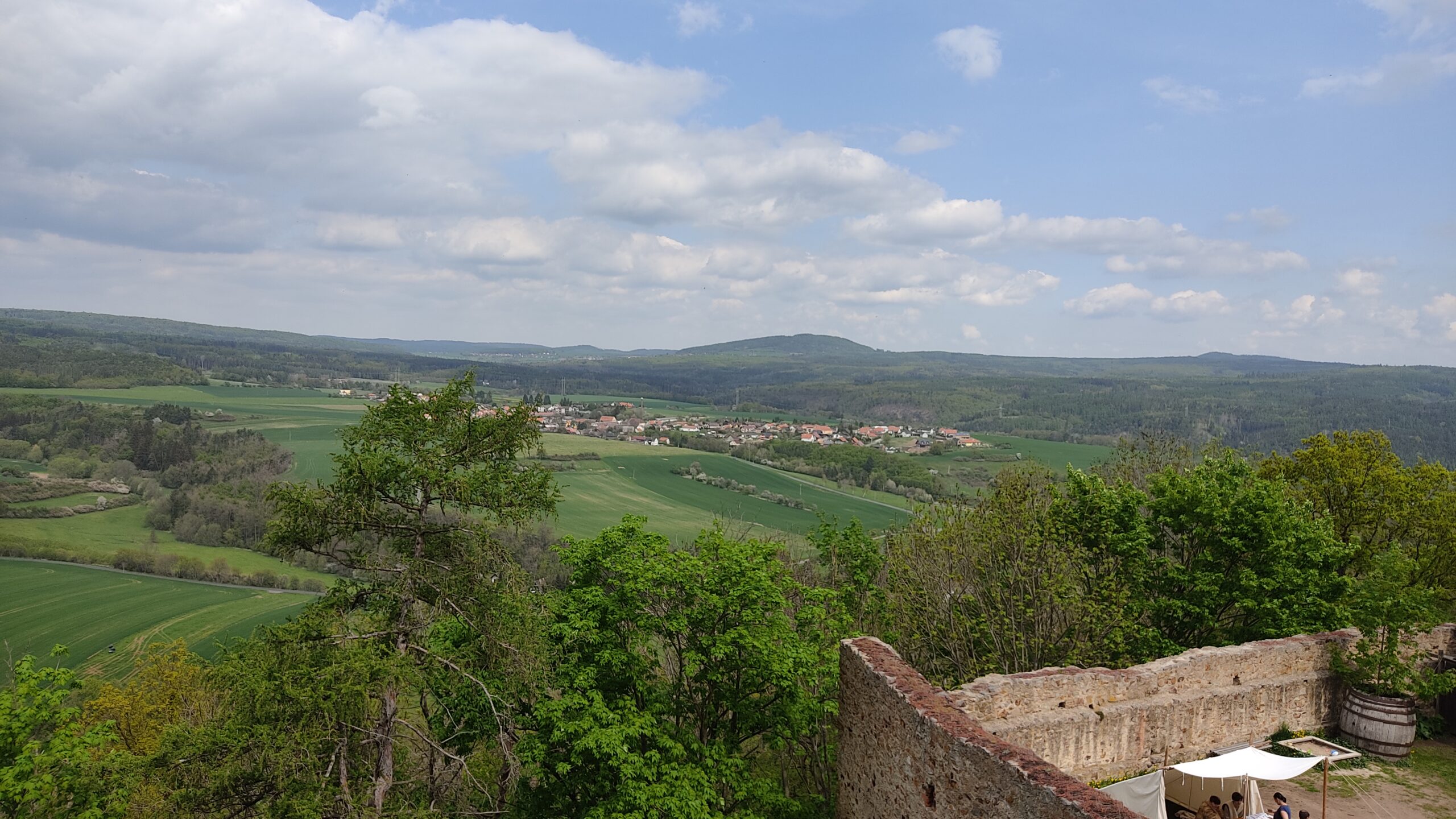 Imagine a wooden temple, huge enough to contain many colorful wooden statues of gods and at the same time serve as a meeting place of people from the surrounding villages. There is a sacred lake nearby surrounded by sacred groves and ancient woods, with a multi-faced statue of a god connected to both fertility and the war. Such was the early medieval description of Polabian Slavic religion, independently observed at the town of Rethra, Arkona, Wolgast and Szczecin. There are archeological findings from as far as the Czech hillfort of Stará Kouřim, that also perfectly match the description above and thus connect the Czech lands to the Polabian Slavic religion, pointing at a shared West Slavic mythology.

The place of the original hillfort of Stará Kouřim, where the wooden meeting hall once stood.

The longest surviving West Slavic sanctuary was that of Arkona located at the northeastern tip of the island of Rugia in today’s Germany, looking down from a large cliff into the Baltic Sea and surrounded by beautiful beech trees. While most of the Slavic lands were already Christian, the Arkona’s temple survived until the year of 1168. The name Arkona is a very ancient old European name. The closest would probably be the Celtic word arkunjo meaning the cliff. At the sanctuary there was an oracle similar to other mentioned Polabian and Pomeranian cult places. It involved a white horse jumping over sticks and hitting some of them. The priest then tried to guess the will of gods, usually in war matters.

Not only does the oracle with white and black horses remind us of Slavic fairy tales, but there is an interesting connection to the Forest of Crooked Logs, where I live. According to the Christian chronicler Cosmas of Prague, duke Jaromír was kept captive at the hill of Velíz, which has archaeologically been a sacred place since prehistory. The games played during the duke’s captivity, which involved horse jumping, seemed to look like some kind of a ritual with a sacrificial feast. The Christian duke did not like it, as well as the Christian chronicler, so the story from the record, especially the subsequent medieval chronicles, seems more serious than it probably had originally been. The same is true with the Maiden’s War story, where Cosmas himself writes it originally involved a pagan fertility ritual with no real war whatsoever. 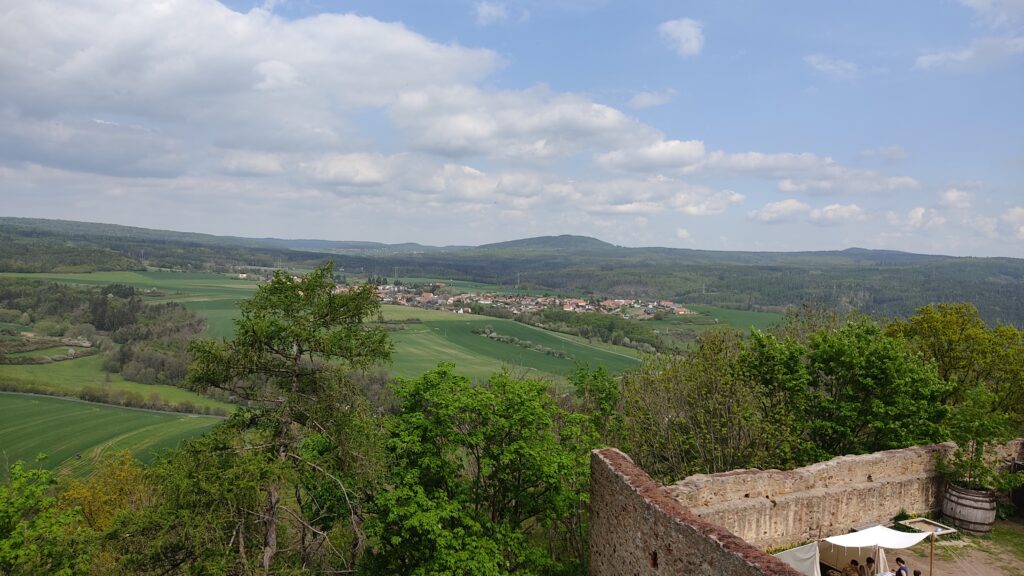 The hill of Velíz as seen from the castle of Točník. Křivoklátsko, The Forest of Crooked Logs.

A sacred lake, huge wooden meeting house and a multi-faced god statue was found at Stará Kouřim, which exactly matches the description of one century’s younger Polabian town of Rethra, first mentioned by the chronicler named Thietmar of Merseburg. The pond at Stará Kouřim is rather very small, but rich in archaeological findings of weapons and luxurious jewellery. Duke Wenceslaus, which was not as good as the Christian legends or the British carol songs try to tell, was said to destroy Stará Kouřim and take the whole area under the Bohemian duchy. The new fort was later built next to the old one, because it was probably too pagan to be used by the administrators of Wenceslaus’s brother Boleslaus, who all tried to look as much Christian as possible. Rethra was also later destroyed, interestingly by the bishop Burchard of Veltheim. When it comes to Velíz, a sacred oak located there was cut off and the whole place was covered by a small monastery, which also used to be a common medieval way on how to deal with once pagan sites.

We know that the gods worshipped in Polabian temples were connected to both war and fertility, especially Svarožic from Rethra/Riedegost, Svantovít[1]The suffix vit/vid simply means lord and is the same as in Celtic languages, for instance Welsh Morgetuid, which later became the name Meredith (Great lord in Welsh). Polabian Slavs used the term … Continue reading from Arkona and Jarovít from Wolgast, who may have actually represented the same deity, connected to the wild horse. Triglav from Szczecin, on the other hand, is more chthonic, connected with the black horse, seas and sin punishment. He may have been the same one as Černohlav of Rugia, whose statue was located in another temple not far from Arkona. We also know of the god Perunic, probably the same as the thunder god Perun, and Porevít, maybe the same one as Polabian Prove, which had a sacred oak grove dedicated to him. The fertility ritual associated with Svantovít, where the high priest, according to the chroniclers, was hiding behind a huge pie, is also well known from later times from other West Slavic areas. The only earlier connection may again lie with the duke Wenceslaus and the story of his death, which happened at the time of the same late summer fertility ceremony.