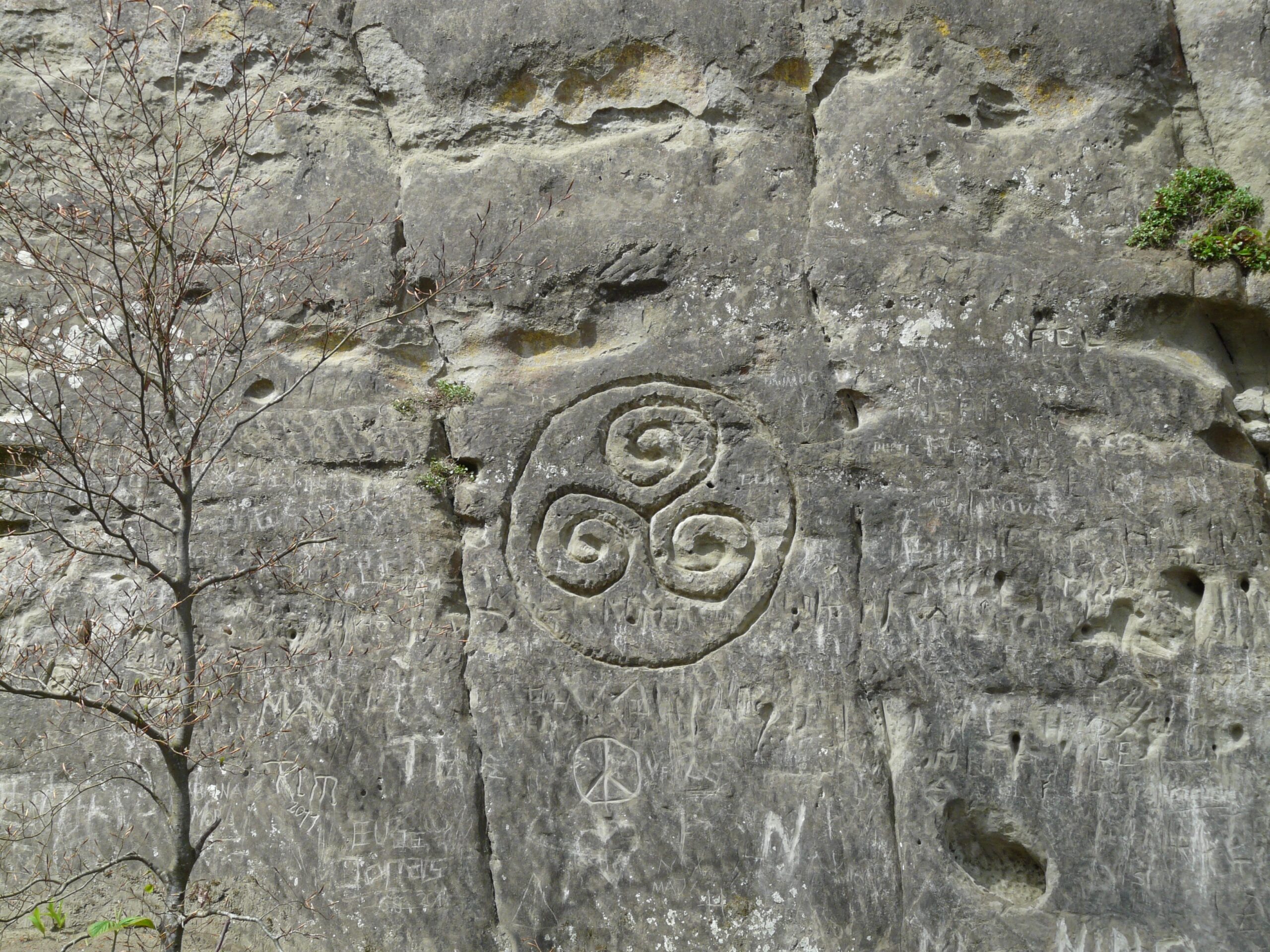 At the beginning, there were only triskelions. Three quarks bounded by dense gluons formed a fluctuating triple spiral, which became the nucleus of a hydrogen atom. The old folk tales talk about the world tree, usually an oak, that started to grow when the universe came into being from the first quantum. We can imagine the triskelions being leaves of the world tree, that filled the visible universe as the best manifestation of matter, compared to antimatter.

The triskelions then began to fall together into a curved spacetime, which increased the pressure and the temperature. In such an environment, some of the triskelions began to merge two by two. The hydrogen nucleuses merged into helium nucleuses in thermonuclear reactions. There were so many of them that they formed a huge shining object we call the star. The image of gods, humans, forests and plants having their origin in stars is not completely wrong.

There were heavier stars that formed the most essential elements for the future life on Earth. When the helium double triskelions reached the proper resonance frequency, they became the beryllium, then the carbon and, lastly, the aggressive, reactive oxygen that glows all around the space. Larger elements than the iron were born in the blasts of supernovas, when there are not only enough proton triskelions, but also enough neutron triskelions.

After billions of years later, the Earth was formed with its sky and atmosphere influenced by early life. Ancient European tales describe the origin of life through fire and water. It is no coincidence that the Earth is both hot and rocky like Mercury, Venus and Mars, and watery like Saturnus, Uranus and Neptune. The Earth was supposed to be like Mars is today, but thanks to its own structure and Jupiter sending watery asteroids towards the Earth there is abundance of both fire and water. Add the so-called organic elements and soil and there are perfect conditions for the origin of life.

The atmosphere was filled with stable carbon dioxide, but thanks to plants bonding the carbon there is much more oxygen today, that on one hand is the reason for some aggressive radical compounds and even iron rusting, on the other hand it is very effective for enabling such complex multi cell structures like our brain to even exist. The ancient tales talk about the chaos, or things like quantum fields, then about Eros, love, like the attractive force in the universe to originate first. Only then come the gods like the sun, Earth, moon, sky, wind and the forests. This was all apparent to the original pagan philosophers, the Greek Presocratics, and later to atomists. Atoms are the origin of life and the origin of the wonderful diversity we see around us.

The atomic particles are what I see in the Bronze Age and later the Celtic triple spirals. Of course, their origin in the ancient art is different, but observed from the natural environment, that is based on the smallest particles forming our universe. This is actually what the Greek atomists did: They observed the swirling dust, the Brownian motion, and realized, there must be smaller, indivisible particles behind it, which they called atoms. That is what the Roman atomic Epicurean philosopher Lucretius describes in his poem De Rerum Natura and which is what Albert Einstein later calculated to finally confirm the existence of atoms.